While Black Diamond is relatively new to the shoe game, they bring some pretty cool innovations to the table. 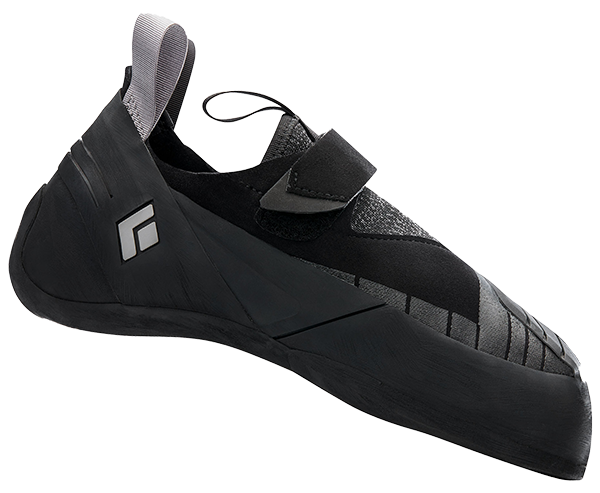 The heel
Poor performance on slabs

Summary: Making a great climbing shoe is no easy task. While the shadow might lack that magic touch that the leading aggressive shoes are blessed with, there’s still plenty to be desired. If you are looking for something to hang off those roof climbs in style, the Shadow might be the one for you.

Back Diamond entered the climbing shoe market at the end of 2017 and the release of the Shadow in early 2018 marked the introduction of their most aggressive – and softest – shoe in their 9 shoe line up.

While the company is relatively new to the shoe game, they bring some pretty cool innovations to the table. The Black Diamond signature knit technology, for example, keeps your shoes delivers comfort whilst minimizing stretch.

Originally designed for those tough overhanging routes, over the last 6 months, I have also found that this moderately aggressive last delivers solid all-around performance while edging, smearing and slab climbing. Aggressive shoe fans will know that this a rarity in high-performance shoes.

Trying these shoes on for the first time might give you an eerie sense of deja vu, and feel remarkably similar to the Butora Acro. That’s because the Shadow, like all BD shoes, are made in the same factory as Butora. In my opinion, this is like someone comparing you to an A list celebrity – if you have to be compared to anyone, better to be a famous person at the top of their game than a weirdo on the street.

If you are fairly new to climbing and looking to move on from your first pair of Tarantualces’, this could be the shoe for you. If this sounds like you, then get stuck into our in-depth Black Diamond Shadow review.

Toe box performs remarkably well. These shoes almost beg you to push your limits, things that seemed like a distant dream become very close and real.

On those small edges, the centralised toe box sends plenty of power to your toes, delivering a precise and powerful edging ability to the shoe.

You will notice the Shadow uses a unique combination of moulded and printed rubber on the toe rand. The moulded rubber on the toe rand uses a ribbed pattern that adds plenty of friction. And while the printed rubber provides some additional friction, it also helps prolong the life of the shoes by reducing rubbing on the synthetic upper. Overall, I was really impressed how the shadow stuck toe hooks.

It’s worth noting that the toe box is fairly wide, so I would suit climbers with a medium to wide foot. 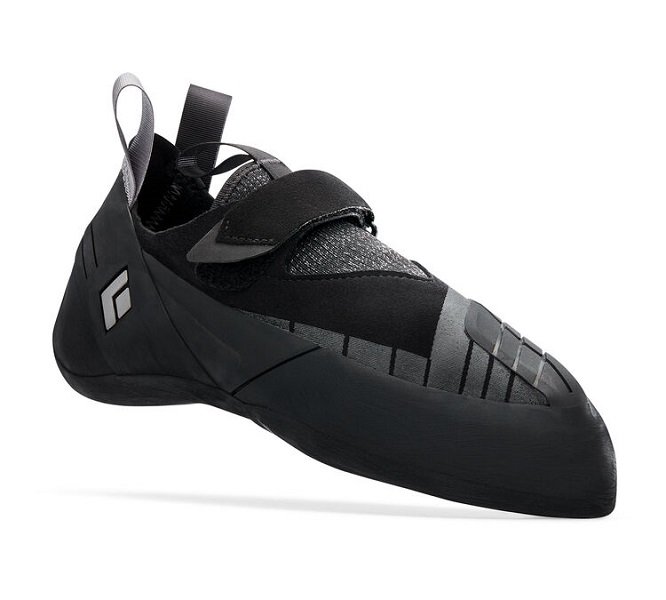 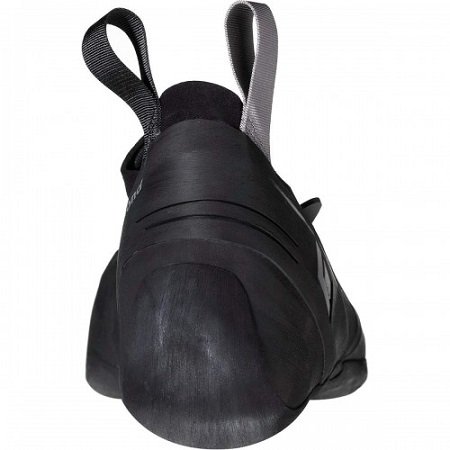 ​While the Shadow might not have the most technical heel I have ever used, it’s more than capable of sticking a gnarly heel hook or two.

It’s common for high-performance shoes to rely on a highly tensioned rand to deliver well-fitted heel. But the Shadow also uses the suction generated by the soft rubber to help make this a sensitive, yet secure heel. Because of this, the shoe has a fairly narrow and low heel cup, and while it felt great on my foot, I can see this being an issue for feet with wide heels.

Interestingly, after just a few sessions of hard climbing and technical heel hooks at my local gritstone crag, I noticed the rubber strip started to peel off the back of the shoe. After speaking with other Shadow users, this seemed to be a fairly common issue, perhaps caused by a lack of glue holding the rubber together.

After getting in touch with the Black Diamonds support team (who are great by the way) they sent me a new pair out right away. Six months into the second pair and they are still going strong.

Like the Butora Acro, the Shadow uses the ‘Neo Fuse’ rubber.  We like this soft rubber compound, and find it similar to the Evolv Trax SAS or Five Ten’s C4 rubber. While I have found it to be impressive both in the gym and on the rock, it’s natural that this softer rubber does tend to misshape more on the smaller edges than is stiffer counterparts.

The 3D moulded outsole of the Shadow is used to help maintain the shape and dexterity of the shoe, which  replaces the need for a thick midsole. The non-excisting mid sole in the shadow helps deliver a average amount sensitivity.

Interestingly though, the center of the sole is actually only 1.3mm thick and progressively gets thicker towards the side of the shoes. This allows you to pull and grab with it, as you would expect from a bouldering shoe.

On the upside, I do find that the Neo Fuse rubber is remarkably durable. So far after 6 months of moderate use I’m only just starting to see the rubber degrading. The rubber is definitely in its element (and stickiest) when climbing indoors. 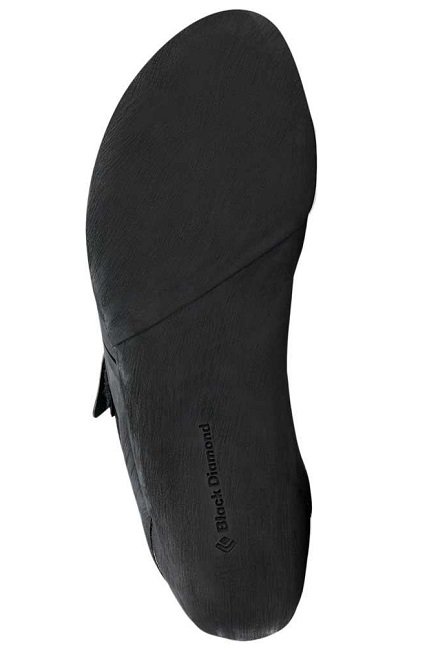 The fit of this shoe isn’t going to be for everyone. It will work wonders for anyone with a narrow heel, wide food and moderate volume feet. Interestingly, I find the Shadow to be one of the most comfortable aggressive shoes I am currently using. However, If you have a high arch foot, you might struggle with the fit. And as to be expected of a shoe of this caliber, it’s not the most comfortable shoe to wear for extended periods of time.

The shoe uses a single Velcro strap to adjust the fit. But, this feels slightly unnecessary as the synthetic upper and knit technology gives the shoe a slipper-like quality that hugs your foot. Getting the right fit is essential with any shoe, especially with the Shadow.

While the shoe will mould to your foot and help deliver a more personalized fit once broken in, the synthetic upper also means that there next to no stretch – all the more reason to make sure you get the perfect fit.  I suggest sticking with your street shoe size for a standard fit, or half a size down for a performance fit.

In honesty, I was hesitant about buying the Shadows at first. Even if you are a company like Black Diamond, breaking into the climbing shoe market is a tough nut to crack.

But straight out of the gate, these shoes gave me a stellar fit with enough confidence to try out some of my harder projects.

So if you’re an advanced climbing looking to hit those massive overhangs then these are the perfect shoes for you but, if you’re a new climber still learning on the slabs then I would put these in your climbing wish list and wait a little longer till you really need them.

I hope you have enjoyed this Black Diamond Shadow review. Happy climbing!