The Dawn Wall vs Free Solo The chances are you have probably seen Free Solo or The Dawn Wall documentary and it blew your mind.

How is it possible to climb that high? How are they so good? Why can’t I do my V4 boulder project? These are all reasonable questions to be asking yourself.

The athletes featured in both of these movies (Alex Honnold, Tommy Caldwell and Kevin Jorgeson)  undertake ascents that firmly catapults them into the climbing history books forever.

Not only that but seeing these men pursue their goals with complete dedication motivates inspires us mortals to push our climbing own limits.

PRO TIP: Looking for something good to watch? If you want to see more great climbing documenters, you should sign up for a free 30-day Prime Video trial. They have some great climbing movies you can binge!

The Dawn Wall Vs Free Solo – Which one is better?

Before we go any further, I juts want to make one thing clear – I love both documentaries. They capture some of the biggest rock climbing achievements of modern times and show these impressive feats in a way that even non climbers can enjoy. That said,  if you are here searching for a short answer to that old ‘which is better?’ question, here it is:

Free Solo is the better movie.

Again, these movies are two of the greatest the climbing community have ever seen, so this isn’t easy question to answer.

So, how I got to this conclusion then?

Let’s set aside our personal opinions and the amazing camera work of Jimmy Chin for a minute.

If you define ‘best’ by ‘success’ then there can only be one winner.  Sure, both movies scored very highly on popular review sites, but Free Solo made 20 times more revenue, stayed in theatres four times longer and won an Oscar. It hard to ignore the millions of collective opinions needed to make these achievements happen.

If you prefer to look at this from an achievement point of view, when do you think we will see anyone free solo El Cap again? Climbing has seen plenty of talented soloists (Dean Potter, John Bacher and Jim Reynolds to name a few) who are capable of such a feat, yet have never attempted a full solo attempt of El Cap.

I massively respect Tommy and Kevin and its hard not to be in awe of their preservice in the face of both personal and professional adversity.  However, just a year after their Dawn Wall ascent, Adam Ondra repeated the climb in less than half the time. It also looking likely that Nalle Hukkataival could bag the fourth ascent soon.

What Makes Them Different?

Both of these documentaries are clearly not lacking talented climbers, but when it comes down to it, these are two very different achievements.

I probably don’t need to point this one out because it’s blindingly obvious, but both of these ascents are done so using very different climbing styles.

Alex Honnold has become famous for the discipline of free soloing. From all the types of climbing, this is by far the most dangerous.

Free soloing is the art of climbing without safety equipment and is considered one of the purest forms of climbing. Nothing keeps you on the wall apart from your shoes, chalk and pure skill. It’s so dangerous that only 1% of climbers attempt it.

Tommy and Kevin, on the other hand, took a very different approach to the Dawn Wall. Their goal was to do the first free ascent of Dawn Wall, one of the last major sections of El Capitan that remained unclimbed. This meant climbing without the aid of equipment but still using safety equipment like a harness and rope. Both men had to lead each of the 32 pitches up the wall.

Here’s one that might shock you. Did you notice the climbers were different?

Don’t leave. These get better, I promise.

Each man has put their fair share of time into Yosemite and thousands of collective hours have been spent on those beautiful granite walls.

Alex Honnold, a Yosemite veteran, is the star of Free Solo. After dropping out of studying Civil Engineering at the University of California, Alex started living in his Mom’s old minivan and traveling the country to climb at some of the best spots the US has to offer.

Since then, he has been terrifying the world with daring solo ascents of Half Dome, Moonlight Buttress and 50-foot boulders like Too Big To Flail.

If there is anyone who can compete with Honnold’s climbing achievements, it’s Tommy Caldwell. Caldwell has been crushing ridiculously hard big walls for over twenty years, with 6 first ascents on El Cap alone.

If it wasn’t clear enough in the documentaries, Caldwell and Honnold are good friends who have some badass adventures together.

From scaling the Fitz Roy Traverse to breaking the Nose speed record, these two guys have adventures that would make even Batman and Robin jealous.

While Kevin is still a world-class talent, he doesn’t quite have the resume of Tommy and Alex. His climbing experience resonates with his time bouldering in California. Some of his most notable ascents include the first ascent of several highballs including Ambrosia (V11) and the Beautiful and The Damned (V13).

3) The Route: Freerider vs Dawn Wall

The fact that both were on El Cap is about the only thing the Dawn Wall and Free Solo routes have in common.

The Dawn Wall documentary saw Tommy and Kevin gunning for the first ascent of a project the pair had been working with for over 6 years.

The 5.14d, Dawn Wall is a route up the south-eastern face of El Capitan. It is by far the hardest route in Yosemite and the hardest big wall climb in the world. You can see our full Dawn Wall Route Topo here.

Alex Honnold’s Free Solo route is an iconic line called Freerider, set up by the Huber brothers in 1998.

The 5.13a route is considerably easier climbing than Dawn Wall.

Both movies received got their fair share of accolades and made a buck or two in the process.

While the Dawn Wall scooped up plenty of awards (including at the PGA Awards and SXSW Film Festival) it also pulled in a tidy bag of dollars too. In 2018, the movie had a worldwide box office value of $1,630,000.

But the success of Free Solo dwarfed both the awards and money made by The Dawn Wall.  During the four months the independent movie spent in cinemas around the world, it made a whopping $28,600,000. Outside the USA, the film was well-received in China and the UK (making over $5,000,000 and $1,300,000 respectively at the box-office).

Let’s not forget the Sprinter Van full of awards Free Solo won too. From the 22 nominations – Free Solo won 14 of them – the most impressive of which include an Oscar, BAFTA and an EMMY.

Like anything that attracts attention, these films, and their creators, received criticism from both inside and outside the climbing community.

The Dawn Wall was criticized for not showing more of the crux pitches on the route. For example, pitch 14 was one of the biggest challenges Ondra faced, yet the Dawn Wall completely overlooked it during Caldwell and Jorgeson’s ascent.

The incomprehensible nature of Alex Honnold free solo ascent attracted plenty of both positive and negative attention too. Plenty of the minds, both climbers and non-climbers, across the world were completely blown. Publications like the New York Times hailed it “one of the greatest athletic feats ever”.

Others, however, were not so impressed with Honnold’s free soling abilities. For example, Cliff Bars dropped Alex and other free soloists as a sponsor in 2014, citing the danger and risk of the disciple as the reason for ending their relationships. Other major publications such as Vanity Fair feared the risk of other, less talented climbers than Alex, who might risk their lives as a result of being inspired by Free Solo.

The Dawn Wall or Free Solo – What’s your pick?

Whichever way you look at it, both The Dawn Wall and Free Solo documentaries deserve our respect and admiration.

These athletes set out to achieve goals, which many deemed impossible, and after years of relentless training, dedication, perseverance they eventually achieved.

Instead of comparing  Free Solo vs the Dawn Wall, if the better question to ask is, what could you achieve if you dedicated yourself to your goal as these guys did? 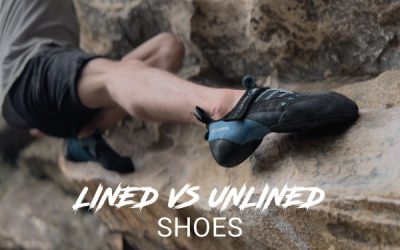