When to Replace Climbing Shoes

Is the Time Right?
"

It can be hard to let go of a good thing, but the sad truth is that climbing shoe do wear out, so how do you know when to replace climbing shoes? A good pair of shoes should last you until the rubber runs thin, however, sometimes an early retirement is required due to other factors such as a broken closure system or delamination. Maybe you feel like you’ve outgrown your shoes compared to your skill level, and your ready for something a bit more precise.

We’ll focus on what you can do to the get the most out of your shoes, and what to watch out for as your climbing shoes start to age.

The Wear of Rubber

Typically, the limiting factor on the life span of a climbing shoe is its rubber. Unless you’ve got a pair of edgeless shoes (we’ll get to those later), straight out of the box, climbing shoe will have a nice crisp edge on the toe. Over time this will start to round out, loosing its precision. If left unattended long enough, you’ll end up will holes which allow your toes to poke through.

So, when should they be replaced? It’ll depend on the use of the shoe, and what kind of performance you are expecting from them.

Many dedicated climbers will have a rotating cast when it comes to their climbing shoe quiver. They’ll keep a pair for their hard attempts and projecting, while they might also have a pair of beater gym shoes they do their endurance laps in. The peek window of for optimal performance with a shoe will typically be right after the break in period.

The shoe has had time to mold to your foot, but is still nice and precise. Once these shoes start to break down, they then become the training or warm-up shoe. This maximizes your use by conserving the rubber on the high-end pair and putting in the real mileage with the older ones. This way, you’ll always have a set of fresh sharp shoes.

At this point it’ll be up to you as to how long you hold onto an old pair. There are some ways you can increase the friction but eventually a hole will wear through if kept long enough. You’ll probably want to avoid having to smear with your bare toes.

It is possible to resole a climbing shoe, meaning, to replace the rubber with a new patch and hence prolong its life. If resoled early enough, a shoe can be resoled up to five or six times! This has many benefits from reducing waste, saving money, and avoiding the break-in period a pair of brand-new shoes require.

When considering resoling, timing is key. Most traditional shoes will have two layers of rubber on the toe: the sole and the rand. The sole is the bottom patch used for edging while the rand is the underneath layer which raps all the way around the toe. Eventually the sole will start to wear away and can leave the rand exposed.

For the best result, you’ll want to get your shoes resoled before the rand is exposed. Otherwise, the rand will also have to be replaced. While most places do offer rand replacement, it will cost you more and will reduce the amount of times you can resole the shoe.

No edge shoes will function similarly, though the design of the rubber is a bit different. The sole will wrap all the way around the toe and the rand will be hidden well beneath. The drill is the same however: try to get it redone before the under-layer peaks through.

Closure systems: Beyond rubber wear, occasionally climbing shoes do breakdown else where. A common point of failure is the closure system. La Sportiva Solutions for example, are known to suffer from snapped straps, leaving the shoe unsecured on your foot. This type of damage can often be repaired by your local resoler.

Delamination: Another common defect found in climbing shoes is rubber delamination. If after minimal use you notice the sole is splitting and pealing away from the rand, you’ll want to consider bringing them back to the retailer. A good retailer should recognize this as a defect and offer a warranty return.

Time to level up: A lot of people aren’t beginners for long. Once you’ve established your basic technique and start to venture into thinner and/or steeper terrain, you’ll quickly start to feel the lack of performance your beginner shoes offer. Beginner shoes are often sized a bit larger, so it can be tricky to stand on smaller holds. They’ll also tend not to be very sensitive and stiff. At this point, consider shopping around for something a bit more aggressive and keeping the older pair as a warm-up shoe.

A pair is of new shoes can be a pricey purchase, especially for us stingy climbers. That said,  knowing when to replace climbing shoes is an important skill that will ensure you continue to climb at your highest ability.

So, treat your shoes kindly to maximize their life; and just because your favourite pair may not be the high performing shoe they once were, doesn’t mean you have to chuck them out! Give them a second life by having them resoled, or reserve them for that easier terrain. You’ll be climbing in comfort in those perfectly broken in shoes.

If you think it’s time to retire your beloved climbing shoes and treat yourself to a new pair, make sure to take a look at some of our awesome shoe reviews! 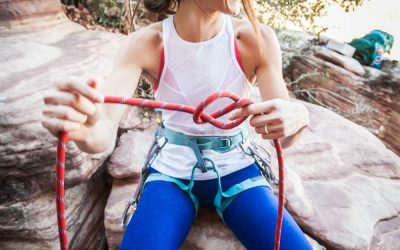 That To Wear Rock Climbing Indoors And Bouldering

Here's what to wear bouldering and rock climbing indoors Our ultimate guide to your rock climbing outfit.So, you’ve decided it time to give this climbing thing a shot? Awesome! Climbing is a super addictive and fun form of exercise you are going to love. For most...

END_OF_DOCUMENT_TOKEN_TO_BE_REPLACED 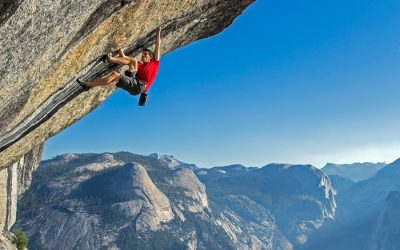 The Dawn Wall vs Free Solo: The 5 Big Differences

The Dawn Wall vs Free SoloThe five big differences between two amazing movies.The chances are you have probably seen Free Solo or The Dawn Wall documentary and it blew your mind. How is it possible to climb that high? How are they so good? Why can’t I do my V4 boulder...

END_OF_DOCUMENT_TOKEN_TO_BE_REPLACED 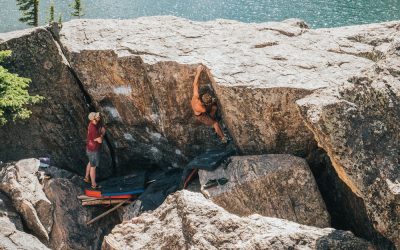 The Benefits of Bouldering

The Benefits of BoulderingTen reasons why bouldering will rock your world.What if I told you, the biggest thing in climbing right now, is climbing without a harness or rope? Chances are you picturing Alex Honnold thousands of feet off the ground performing a...

END_OF_DOCUMENT_TOKEN_TO_BE_REPLACED 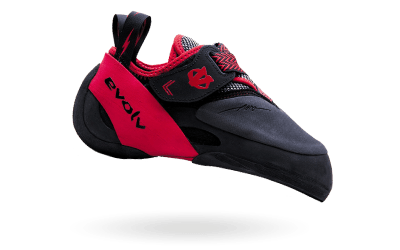 Evolv Agro These are fast becoming my new favorite shoes for bouldering and steep sport climbing.Performance:Sensitivity:Comfort:Value For MoneyTotal ScoreWe Like  Amazing heel & toe hook  Very sensitive  Master of the overhang Secure velcro closure We Don't Like...

END_OF_DOCUMENT_TOKEN_TO_BE_REPLACED

Boreal Dharma For lovers of stiff shoes, the Dharma might just be the perfect shoe to add to your arsenal. Performance:Sensitivity:Comfort:Value For MoneyTotal ScoreWe Like  Great heel  Good velcro closure  Comfortable while asymmetric  We Don't Like  Zenith rubber...

END_OF_DOCUMENT_TOKEN_TO_BE_REPLACED 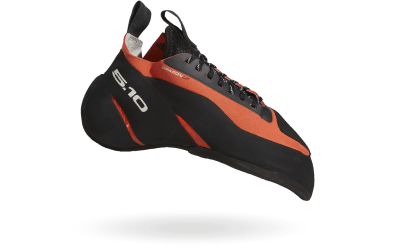 Five Ten Dragon The 5.10 Dragon is a legendary shoe in the world of steep and technical bouldering, and the 2019 version does this prestigious model proud.Performance:Sensitivity:Comfort:Value For MoneyTotal ScoreWe Like  Precise and downturned  Large toe rand  Great...

END_OF_DOCUMENT_TOKEN_TO_BE_REPLACED 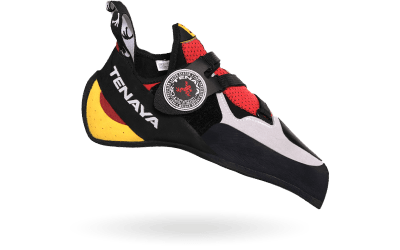 Tenaya Iati It’s hard to argue with a shoe that can be found on some of climbing’s biggest crushers including Chris Sharma and Alex Megos.Performance:Sensitivity:Comfort:Value For MoneyTotal ScoreWe Like  Very Comfortable  Good all-around performance  Unique closure...

This website uses cookies to improve your experience while you navigate through the website. Out of these, the cookies that are categorized as necessary are stored on your browser as they are essential for the working of basic functionalities of the website. We also use third-party cookies that help us analyze and understand how you use this website. These cookies will be stored in your browser only with your consent. You also have the option to opt-out of these cookies. But opting out of some of these cookies may affect your browsing experience.
Necessary Always Enabled

Any cookies that may not be particularly necessary for the website to function and is used specifically to collect user personal data via analytics, ads, other embedded contents are termed as non-necessary cookies. It is mandatory to procure user consent prior to running these cookies on your website.